Here’s an update on the progress of Fran Bow!

We can’t say anymore a certain date when the game will be complete and released and we will try to explain why as good as possible, and how far we have come!

First of all, don’t worry about the game not being made, because the game is our life nowadays! Before and during the demo, we had a technical limitation that the game had to be max 50mb big in total, so we had to cut away tons of content that we otherwise wanted to make. That changed with time and the limit went away, so we decided to make both chapter one and two all over. We thought that we could just add the contents missing, but ended up making EVERYTHING new, so the story and immersion could be maximal. So in a way, we have made the game from scratch since the Indiegogo campaign ended.

Then came chapter three, which was a big leap for us. Also, it was a huge time of discovery and research for the expansion of the game lore. That chapter is really huge! It’s the center of the game, a place where you find answers, a very free chapter. It’s packed with NPCS and places you can go and stuff you can do. It has taken a long time for Natalia to draw everything up until now, and to keep track of every line of text so the red line never fades in the story.

That has been the development part, but 2014 has been a very tough emotional time too that has affected us in many ways. Three persons from our families passed away, and it always came as a shock. However, death is absolutely natural and a part of life. We can’t mourn them forever, but keep the good memories alive and cherish the ones that are alive everyday. 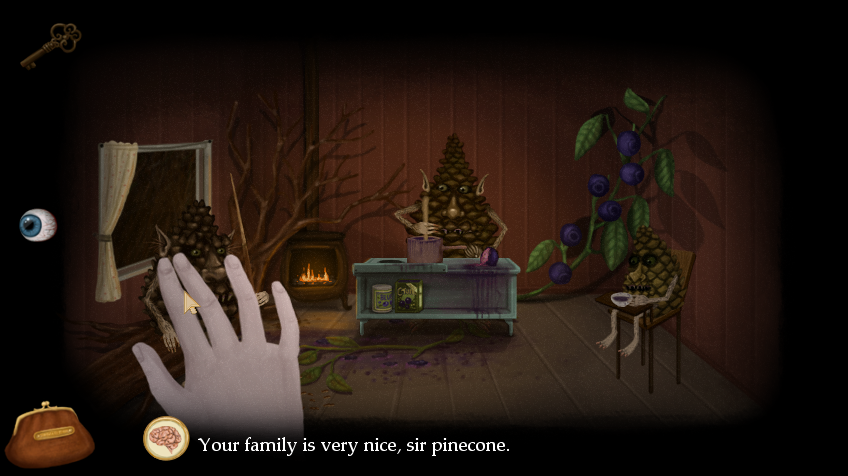 Good things has happened also! Like Natalias cousin, Catalina, who will help us in making the awesome Mr. Midnight dolls! And that Natalia finally made a logo worthy of Fran Bow, and Daniele Giardini who has made our new website that will launch when we start releasing the game. And as we keep on progressing in the game, we are getting more and more hyped about the whole thing! We can’t wait until you get to play it, and immerse yourself in the huge adventure Fran is heading to!

We hope that you understand the delay, and we promise to send out all the perks and everything we promised when the game is being released!

Many hugs and love to you!
And thank you for your patience!
Love,
Isak, Natalia and Mr.Red.